As Jesus Was Drawing Near 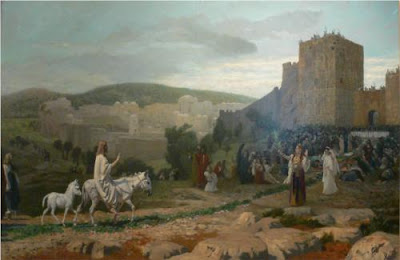 
In the name of the Father and of the Son and of the Holy Spirit. Amen.
Advent King Luke 19