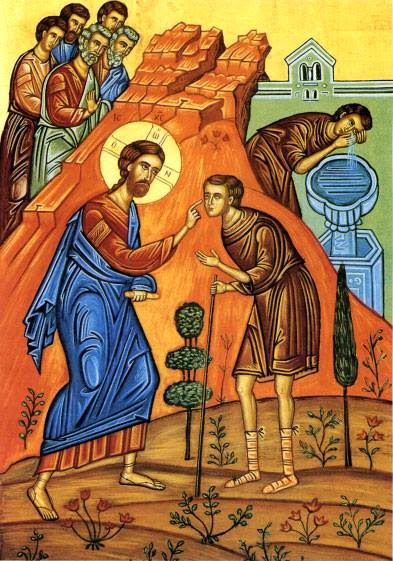 Supplications, Prayers, Intercessions, and Thanksgivings for All People

You can listen to an audio version of this message at http:// www.christsiouxfalls.org/media/ sermons/2012-11-22.mp3 The text for this Day of Thanksgiving is our Epistle, 1 Timothy 2:1-6, which has already been read.   Grace, mercy, and peace to you from God the Father and our Lord and Savior Jesus Christ. Prayer’s importance should not be underestimated.   The same God our Savior, who desires all people to be saved, desires our prayers on behalf of all people, particularly in the context of public worship.   The four synonymous but nuanced terms for prayer in our text indicate that the prayers we offer together run the whole gamut of conversing with God.   Supplications ask God for specific benefits or needs.   Prayers are respectful devotion.   Intercessions are earnest appeals made on behalf of others.   Thanksgivings are expressions of gratitude for mercies received.   Though especially fitting for this day, prayers of thanksgiving are always appropriate even when ea
Read more

Fish Stories: A Sermon for the Funeral of Gary Vos 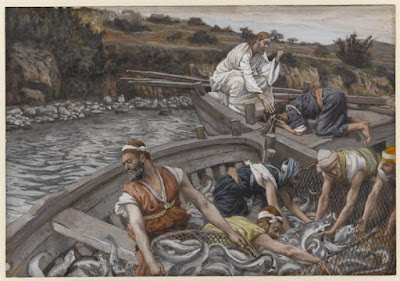 "The Miraculous Draught of Fishes" by James Tissot Click here to listen to this sermon. Simon Peter said to them, “I am going fishing.” They said to him, “We will go with you.” They went out and got into the boat, but that night they caught nothing. Just as day was breaking, Jesus stood on the shore; yet the disciples did not know that it was Jesus. Jesus said to them, “Children, do you have any fish?” They answered him, “No.” He said to them, “Cast the net on the right side of the boat, and you will find some.” So they cast it, and now they were not able to haul it in, because of the quantity of fish. That disciple whom Jesus loved therefore said to Peter, “It is the Lord!” When Simon Peter heard that it was the Lord, he put on his outer garment, for he was stripped for work, and threw himself into the sea. The other disciples came in the boat, dragging the net full of fish, for they were not far from the land, but about a hundred yards off. Leann, Toby, Shane, family, a
Read more